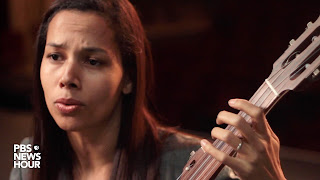 A few days ago I turned on Tavis Smiley to escape the nonsense I was hearing and seeing on CNN and MSNBC, and happened to catch a beautiful young sistah in the middle of a song. She was accompanying herself on an old banjo, singing her heart out. The lyrics I happened to hear were:


My partner and I jumped up and looked at each other and exclaimed, “Who is that?!” Neither of us knew, so I set the TV to record the show for the broadcast the following day. 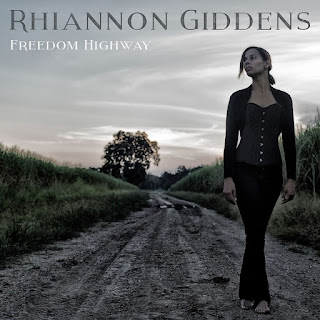 Turns out that beautiful young sistah is Rhiannon Giddens, formerly of the Grammy Award-winning Carolina Chocolate Drops. Her new album is titled Freedom Highway, and she has set out on a concert tour which lands her in my hometown of Nashville on June 7th, where she’ll be performing at the Ryman Auditorium.


Now I must admit, when I first heard the Carolina Chocolate Drops, I wondered why this group of talented young black musicians was doing country music, and figured that they were self-hating Negroes pandering to white money. But after listening to Rhiannon Giddens in her interview with Tavis, she clarified that the banjo was an instrument invented by slaves, and the one she uses is a replica of an instrument made in 1858. She has researched Slave Narratives for material for the lyrics of her songs. “Some of these feelings and emotions can only be expressed in song. It just… came out!” she explained. It was her way of “…connecting to the past from these stories, and bringing them into the now.” I was thoroughly impressed.

During the interview, she lamented that she was having trouble reaching the African-American audience, and that her work was being ignored by the black press. But I’m sure that many reps of the black press had the same reaction I did to the Carolina Chocolate Drops, and figured that this group had nothing to do with “black music.” Boy was I wrong! 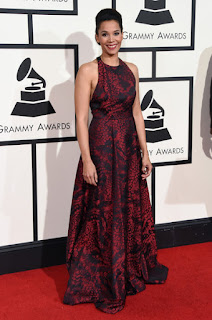 Rhiannon Giddens’ work has already been covered by the New York Times, which did a story on a program in which she participated that took her and her band to Sing Sing Correctional Facility, where she performed for the inmates.  She described how struck she was by seeing “a sea of black and brown faces,” while knowing that the African-American population in the U.S. was supposedly only 13%. This project and resulting documentary film were sponsored by the Carnegie Hall Foundation.

In researching her career I discovered that Rhiannon is also an actress, and has appeared in several episodes of the TV series Nashville. She was featured in a video put out by the Associated Press titled “Nashville Diversifies Music, Cast.” Good for you, Nashville. It’s about time!

After watching Tavis’ complete show we learned that the “Mistress” in the song was begging “Julie” not to leave the plantation and “all you hold dear.” “They” and “them men” refer to the northern soldiers who have come to liberate the slaves at the end of the Civil War. When Julie finally made her true feelings known, we jumped out of our seats. Rhiannon’s artistry and nuance make this a deeply moving song. We certainly wish her well in her endeavors. 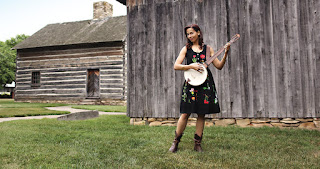 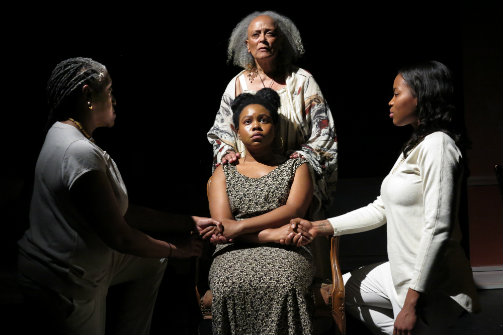 From Left to Right: Brenda Crawley, Kristin Dodson, Edythe Jason, Claudia McCoy Judi Ann Mason’s riveting play Daughters of the Mock, directed by Denise Dowse, just finished a successful run at Theatre 80 St. Marks in Manhattan. Starring Edythe Jason (“Maumau”), Brenda Crawley (“Oralia”), Claudia McCoy (“Madena”), Kristin Dodson (“Amanita”), and Lynne Michelle (“Gail”), Daughters of the Mock tells the story of three generations of women in the swamplands of rural Louisiana. Maumau, the grandmother, has mastered the use of herbs, roots, and potions to exact revenge on interlopers, and to control and frighten the younger women of her family. Oralia, her daughter, is clearly terrified of her mother, and begs her own two daughters to obey their grandmother’s wishes. The great mystery is, as Amanita’s friend Gail asks, “Where are the men in this family?” Edythe Jason gives a stellar performance as Maumau, and is a commanding presence as the matriarch of this family. Bren
Read more 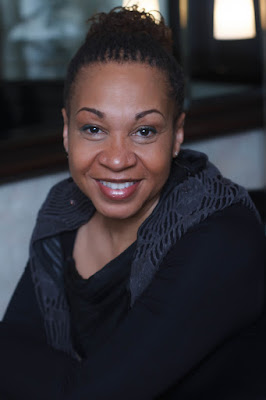 Dr. Joy DeGruy by Nina Kennedy While in the midst of researching and editing my documentary film², I had the pleasure of hearing Dr. Joy DeGruy present a lecture as part of Fisk University’s Spring Arts Festival in Nashville. She was promoting her then new book titled Post Traumatic Slave Syndrome , and quoted several passages from the book during her presentation. The accompanying slide show contained several disturbing images, and fulfilled DeGruy’s intentions of making the gruesome violence of American slavery as real as possible. At the time, I did not purchase the book. But a dear friend who is pursuing a master’s degree in psychology sent me a copy of the book just last month. I couldn’t put it down. It has turned out to be one of the most important books I’ve ever read. DeGruy painstakingly quotes several of the “fathers” of the North American Trans-Atlantic Slave Trade, and states that the European Slave Trade began as early as 1440. Up to that point, “…
Read more